Build your village, train your troops and battle with thousands of other players online!
You asked, we delivered: The long-awaited, hit strategy game Clash of Clans is officially storming the Android realm, pillaging and raiding your tablets and phones. The time has come to unleash your inner barbarian.

PLEASE NOTE!
Clash of Clans is completely free to play, however some game items can also be purchased for real money. If you don't wan't to use this feature, please disable in-app purchases in your device's settings.

Clash of Clans is an addictive mixture of strategic planning and competitive fast-paced combats. Raise an army of Barbarians, War Wizards, Dragons and other mighty fighters. Join a clan of players and rise through the ranks, or create your own Clan to contest ownership of the Realm. Driving back the goblins is just the first step - your quest isn't over until your clan reigns supreme over all others!

Features:
Build your village into a undefeatable fortress
Battle with players worldwide and take their Victory Points
Join together with other players to form the ultimate Clan
14 unique units with multiple levels of upgrades
Defend your village with Cannons, Towers, Mortars, Bombs, Traps and Walls
Fight against the Goblin King in an epic campaign through the realm
Required Android O/S : 4.0.3+ 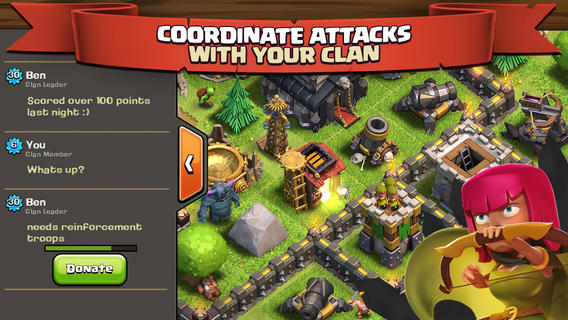 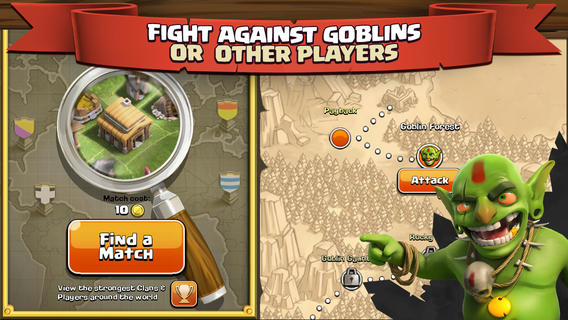